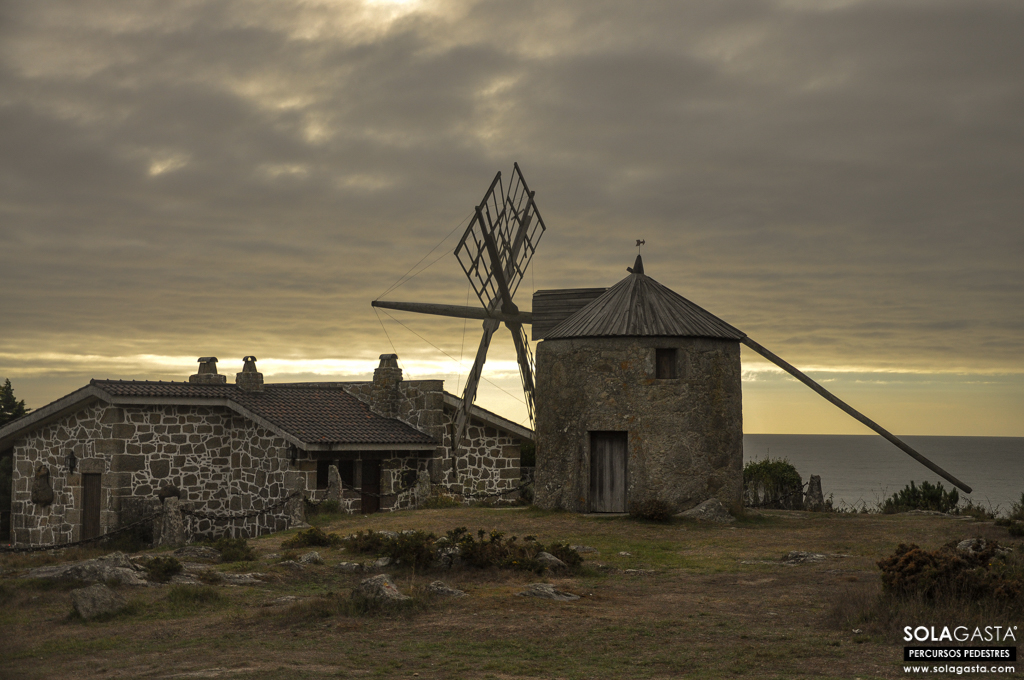 The days were becoming smaller and it was almost at the sunset that I hike the “PR6 VCT – Montedor Windmills Hiking Trail”, in the village of Carreço, at Viana do Castelo county.
The trail starts just north of Carreço beaches, after the end of the cobbled road that follows the seashore and leads to the Fornelos Beach. At the same point it also starts “PR7 VCT – Paçô Fort Trail – Carreço Trails” and both of this marked routes shares the paths in this peculiar Montedor Hill.
Next to the information panel of the route, I found the ““Pias Salineiras de Fornelos” used for the extraction of salt in the Iron Age. For a dirt and sandy path, I come to a granite outcrop where there are some of the Prehistoric Art of Montedor, the Fornelos Rock Engravings. I do not managed to identify the engravings but according to information gathered, they represent deers and horses, possibly dating from the Bronze Age.
I begin the ascent of a pine forest by a trail with large slabs until I found the first houses of the Mondedor village. Between high stone walls I walk the village streets until a new core of engravings, the Fraga da Bica Rock Engravings, which possibly represents the human figure.

I reach the Montedor Lighthouse, built in 1910 in the same place of an ancient settlement from the Iron Age.

A black cat observes intently as I walk in the Bom Sucesso Street towards the lighthouse. On my right, the ruins of the old chapel of “Nossa Senhora do Bom Sucesso” rest, passing almost unnoticed.
I reach the Montedor Lighthouse, built in 1910 in the same place of an ancient settlement from the Iron Age. It is the lighthouse located more to the north of Portugal. Continuing to follow the marked trail, I turned left to find “Moinho do Petisco” (the mill of the snack), still in operation. For a few days of the year you can see their sails to the wind, capturing the energy needed to move the grindstone, just like old times of its activity. I take this opportunity to enjoy the scenery of the sea, which is offered me this at this site. The sunlight paints the horizon in shades of silver and gold, merging on the line separating the ocean from the sky. Off a freighter moves south …
Now I walk down the village streets until I reach the junction where the two marked trails moved away. Following to the left and about 50m I found the other two windmills, the “Moinho de Cima” and the “Moinho do Marinheiro”, which is one of the cores of Costume Museum. I follow the stone road and turn down to a forest path that will take me back to the sea and to the starting point of this route.

Where To Stay
2,0 kmscircular
–
ALTIMETRY 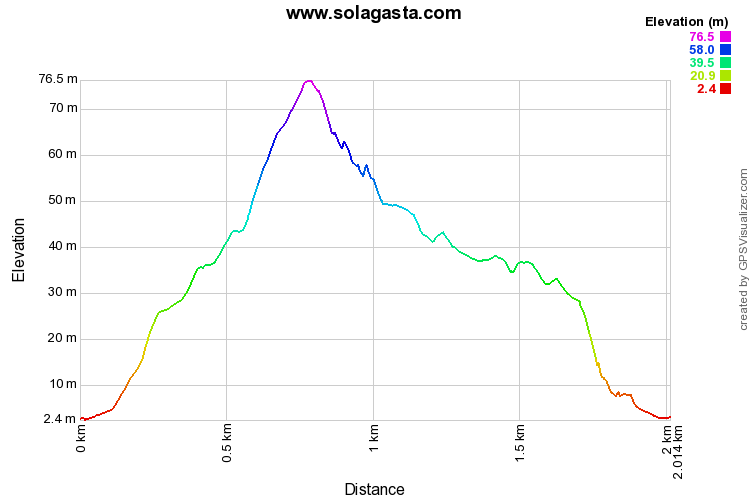