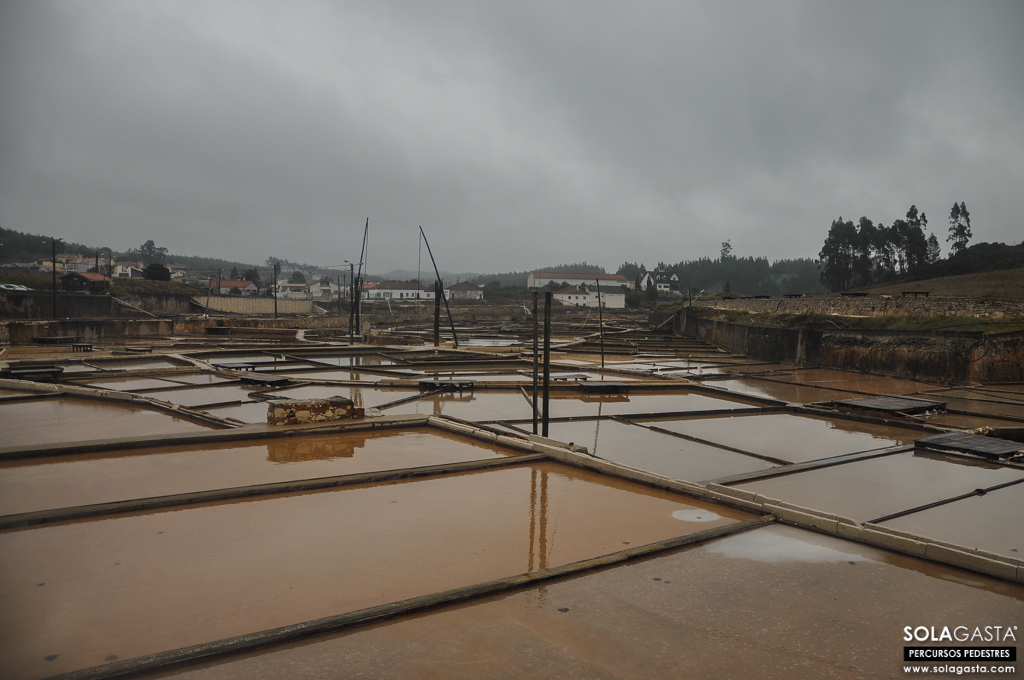 From Alcanede to “Salinas da Fonte da Bica”, in Rio Maior, are about 19kms and after taking breakfast in the “Café Central” at the village, I went to the road on a rainy and cold morning.
I arrive to “Fonte da Bica” valey, in the Natural Park of “Serra de Aire e Candeeiros” (PNSAC), under a huge downpour. I waited a bit in the car, considering the realization of this walk but being a short ride and with low degree of difficulty, I decided to move forward.
I started by walking through the Salinas and I found many small businesses such as cafes, restaurants and craft shops operate in old warehouses where the owners kept the salt. A peculiar construction, wooden planks and trunks, these small typical “houses” make this place even more special.
The Salinas of Rio Maior, situated in an unusual location, ie, away from the coastline, are formed by an extensive rock salt mine, crossed by an underground stream that feeds a well, thus creating the possibility of salt extraction . In this well, the salt concentration is seven times bigger than in the sea and is the evaporation of its water already in Salinas that extracts the famous Rio Maior salt.
Classified as a cultural heritage building, this natural heritage, south of “Serra dos Candeeiros”, it’s a tourist destination of PNSAC, that receives tourists all year round.

Each Salina differs from the next in measurements and shapes, resembling a patchwork that, due to the high concentration of salt in the water, takes on a reddish hue.

I walk around the Salinas on a dirt path between them and the hill further south. Next to some sections I still find salt pyramids to dry or at least should be, because there was this flood that ravaged the region.
I went through a pine forest and trails that surround crop fields, eucalyptus plantations, orchards and vineyards, to climb the hill up to the point of greater altitude of the route. The mud that abounded on the track slowed the progression but a little walking or skating, I hike the well marked path.
Now I go down towards the village of “Fonte da Bica”. I walk the “Cidade de Rio Maior” street and at the intersection move on to the “Fonte da Bica” street. The fountain, the one that gives name to the village, was once an important place of entertainment where the locals gathered for washing and water supply. Now recovered, it is one of the obligatory stop points of this route.
After the “Saudade” street, I walk a few meters in the Salinas road to turn left and climb up the northern slope of Salinas, to the second highest point of the route. Here I have a panoramic view of the valley, where every Salina differs from the next in measurements and shapes, resembling a patchwork that, due to the high concentration of salt in the water, takes on a reddish hue.
A narrow path along a fence, bordering two agricultural lands, walk me to the Salinas road and a few meters ahead I finish this circular route of about 4 kms.

Where To Stay
4,3 kmscircular
–
ALTIMETRY 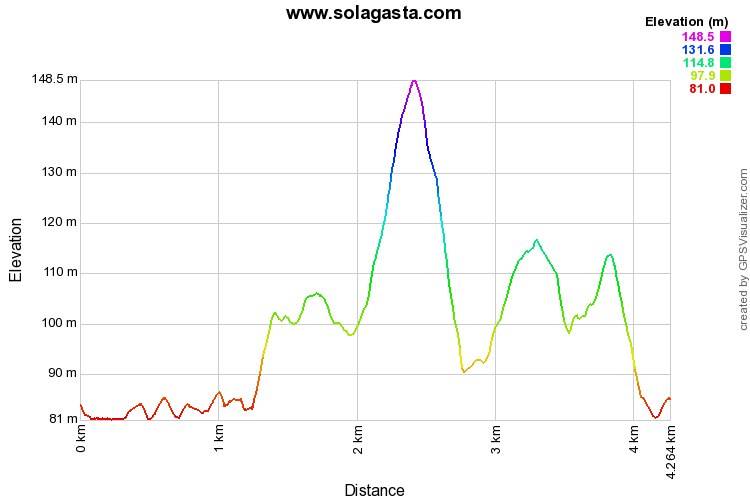