Pedestrian Trail along the Village Cliffs (Vila do Corvo – Corvo) 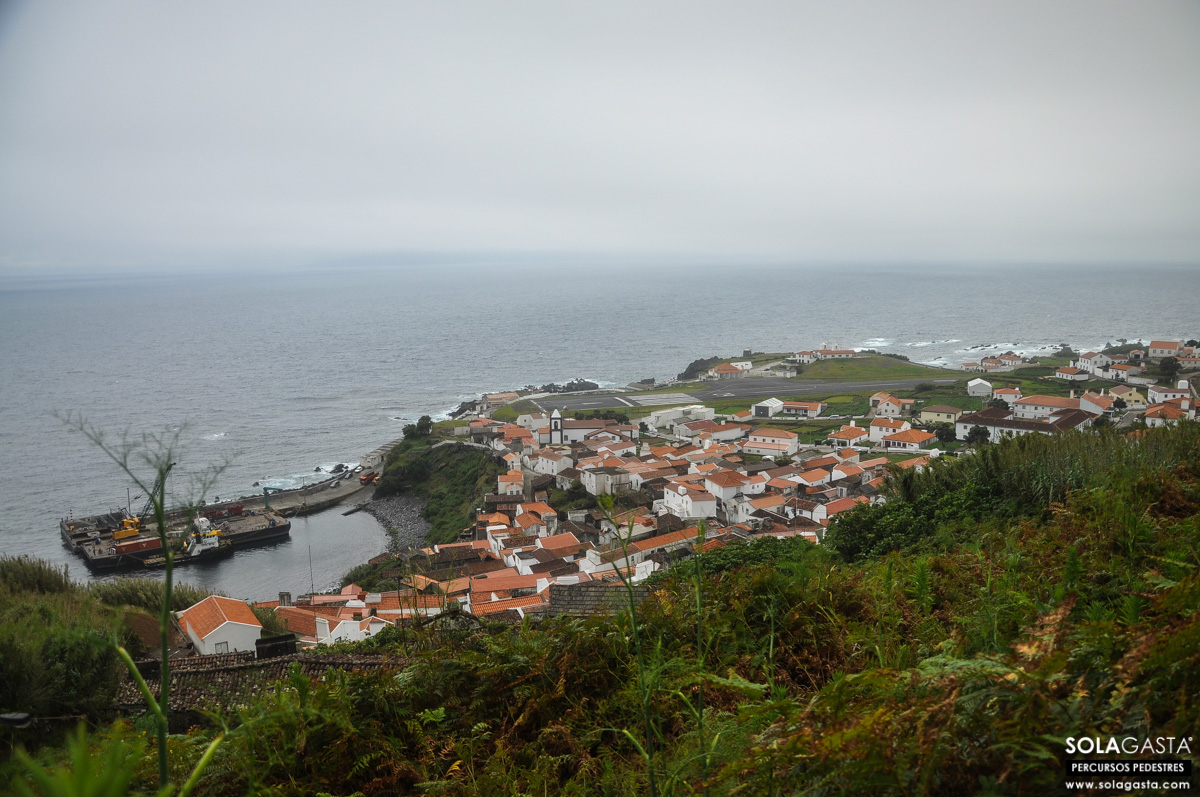 We satisfied our hunger by eating a quick lunch in the “The Pirates’ Nest” kitchen. We cooked pasta and some “bifanas” to devour at a glance because we can’t lose too much time. A new adventure is waiting for us in Corvo Island in the afternoon.
We met Luís, our guide and owner of the “nest” at the appointed time. The fog stubbornly refused to rise and so we decided to stay for lower altitudes. During the morning we walk the beautiful Corvo Village in a hiking trail full of stories and now we would go to its cliffs and surrounding land, gaining another perspective on the beauty of the agglomeration that rises from the sea to the mountain.
We start from “The Pirates’ Nest” walking a few meters on “Caldeirão” Road to soon enter on a dirt trail. At the top we found again the asphalt and stopped to catch our breath, which at this early stage was already scarce. The fog didn’t let us saw Flores Island, ever-present companion, and accentuates the idea of isolation of this piece of land with 6.5 km long and 4 km wide in the middle of the sea.
The village grew up in a lava “fajã” taking advantage of the island higher level surface, then start to gain ground on the cliffs that protect it from strong winds. We observe the expansion works of “Porto da Casa” and the houses taper downwards to the sea, ending at the airport, a well-defined gray trace ripping with some of Corvo’s isolation. There are about 400 people who lives in this point, south of the “Caldeirão”.
Always with the village under our eyes, we go through underbrush cliffs and lush green towards the Austrian Shelter. Cattle takes advantage of the pasture abundance.

Always with the village under our eyes, we go through underbrush cliffs and lush green towards the Austrian Shelter.

Austrian Shelter is no more than a rough construction, four stone walls and a wooden ceiling beams, all abandoned, where you can still see traces of human presence, like a small wooden bench left in the back. Two windows peering into the sea in a prime location. “The Austrian enjoyed seeing the boats” – says Luís, telling stories of other times that are told in the village. He is no longer on the island, so his shelter in ruins and camouflaged in a dense vegetation, makes the bridge and is the motto to remember a not too distant past.
We went down the slope next to Wild Birds Nesting Reserve, a small restricted and fenced area, north of the airport, protected from predators and ultimately from the men. Here we see the rugged landscapes of the west coast of the island, large cliffs that penetrate a dense fog.
We arrived at the black sand beach and its cove tranquility invites us to contemplate. We continue to walk through “Padre Eugénio Rita Coelho” Street, parallel to the airport, and by the “Mills Path” we came to the village in time to see an amazing show.
If anyone comes to Corvo Island only to see “Caldeirão”, hardly has the opportunity to watch what we witnessed this day. For this you need to be on the island with time, with all the time in the world, live with “corvinos” and meet a community that a visit of a few hours does not allow.
This “be unhurried” allowed us to watch an increasingly rare activity on the island, the siege of a wild goat in rocky hills and almost inaccessible to man. On the cliff near “Porto da Casa”, a small group of men blocks a wild goat on the trail. In the black rock we glimpsed two small white dots, the hunter and the prey, while down here on the rocks by the sea, two men expected the course of the hunt. Hunter blocks the animal’s way back and precipitates his downfall from the escarpment to be picked up by his colleagues. It seems a far too cruel act for nowadays, but is explained by the survival instinct that, through several generations, allows some “corvinos” risk their lives in this dangerous activity searching for food. We doesn’t wait for the progress of the siege and finished the hike at the Volunteer Firefighters Headquarters. The conversation is easy with an open heart people at table of the bar where we waited for the time until nightfall.

Where To Stay
5,1 kmscircular
–
ALTIMETRY 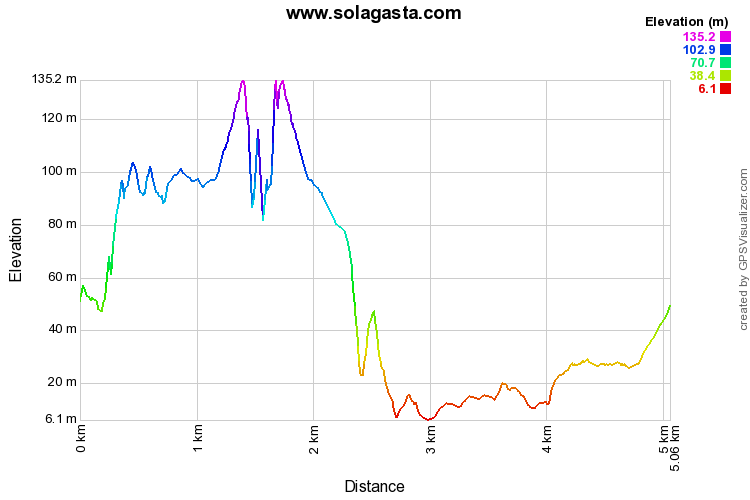