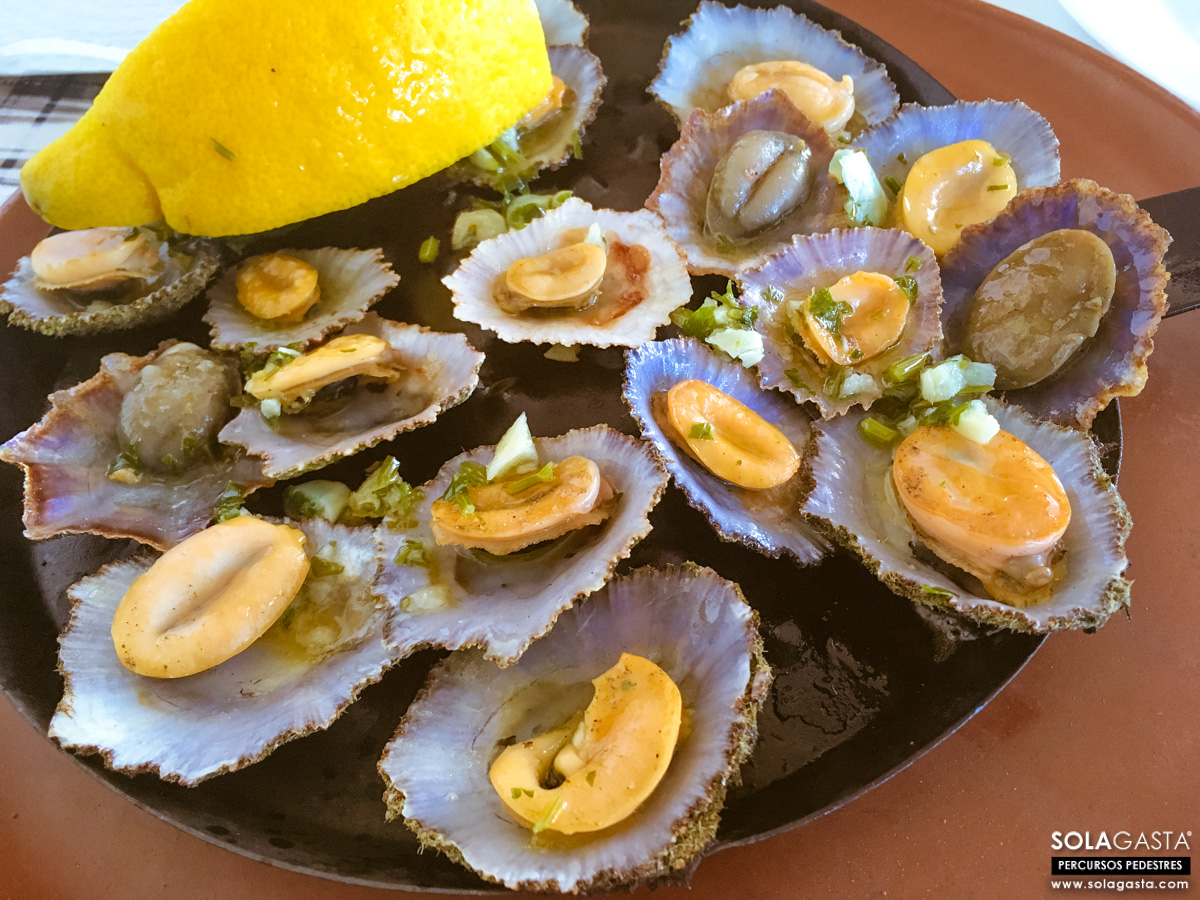 Caniçal is a small village on the eastern side of Madeira, between Machico and “Ponta de S. Lourenço”. Next to the bay that bathes the village we found Muralhas Bar, a humble space, with a simple and rustic decoration marked by nautical motifs and wide wooden benches that accompany almost all the tables inside. We occupied one of those because the esplanade was full. We found an informal atmosphere with tourists and locals on a break to return to the beach or work as the case may be.
After some delay in the service, which we understand given the fact that the house is full, we were served the traditional potato bread (in the form of a donut). Different and tasty was the ideal accompaniment to what followed.

We started with some grilled limpets with butter and garlic sauce. They were fantastic! In fact it is a little excessive to say that for me the limpets are the iconic food of the island, because with a sea so rich many other gastronomic delicacies also deserve this label, but I can confirm that a day without limpets is not a day in Madeira. 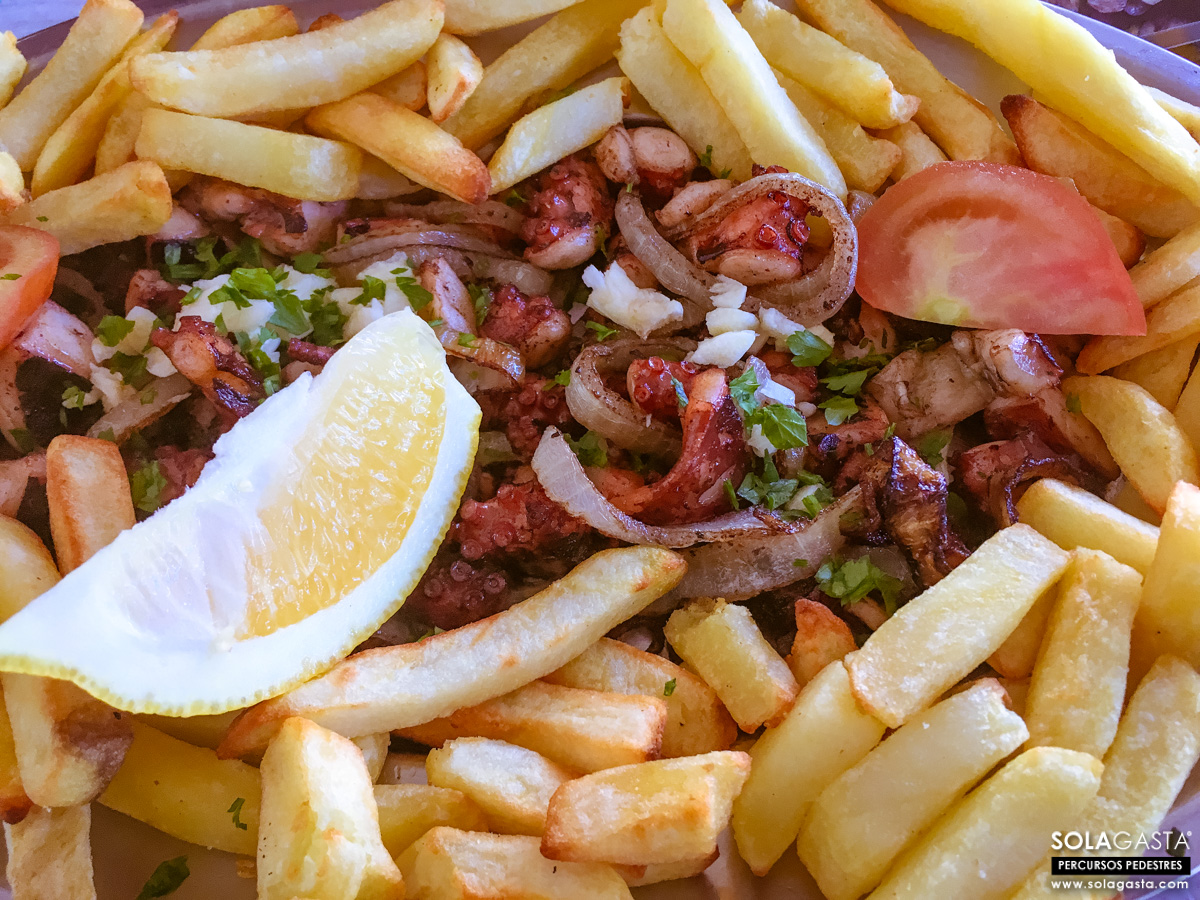 With a menu inspired by the richness of its coastline, it was difficult to decide what to eat next. Home-made shrimp, chopped squid, swordfish roe or the fish widely known in the region as “Castanhetas” and “Bodião”, anyway … it was not easy to decide.
We opted for a chopped octopus “Picado de Polvo à Preto” (fried octopus with onion, garlic and herbs) accompanied by french fries (see photo above).
An original and unexpected recipe to which we surrender at the first fork. 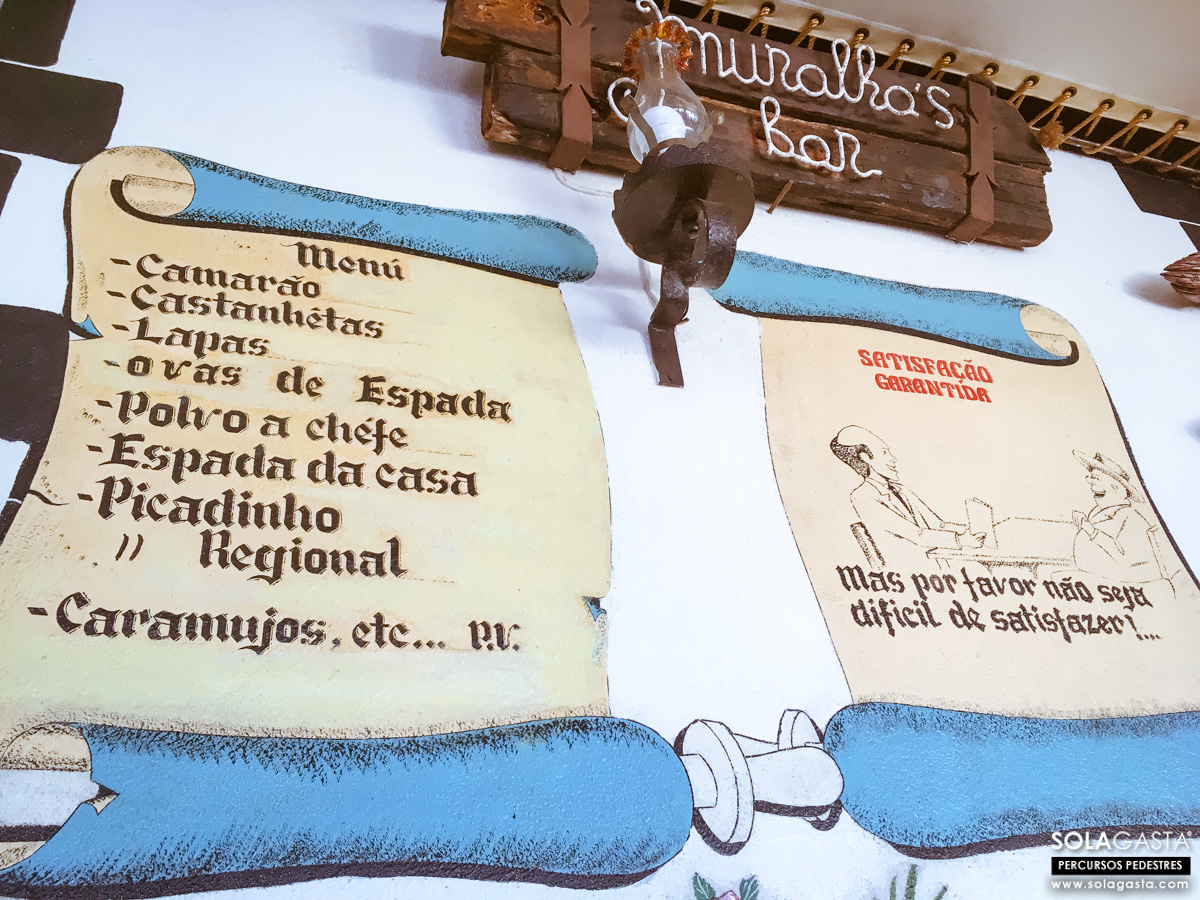 Muralhas Bar confirmed the quality of their snacks and with the very inviting price that accompanies them we realized the reasons that so many people visit it in the passage through this part of the island. 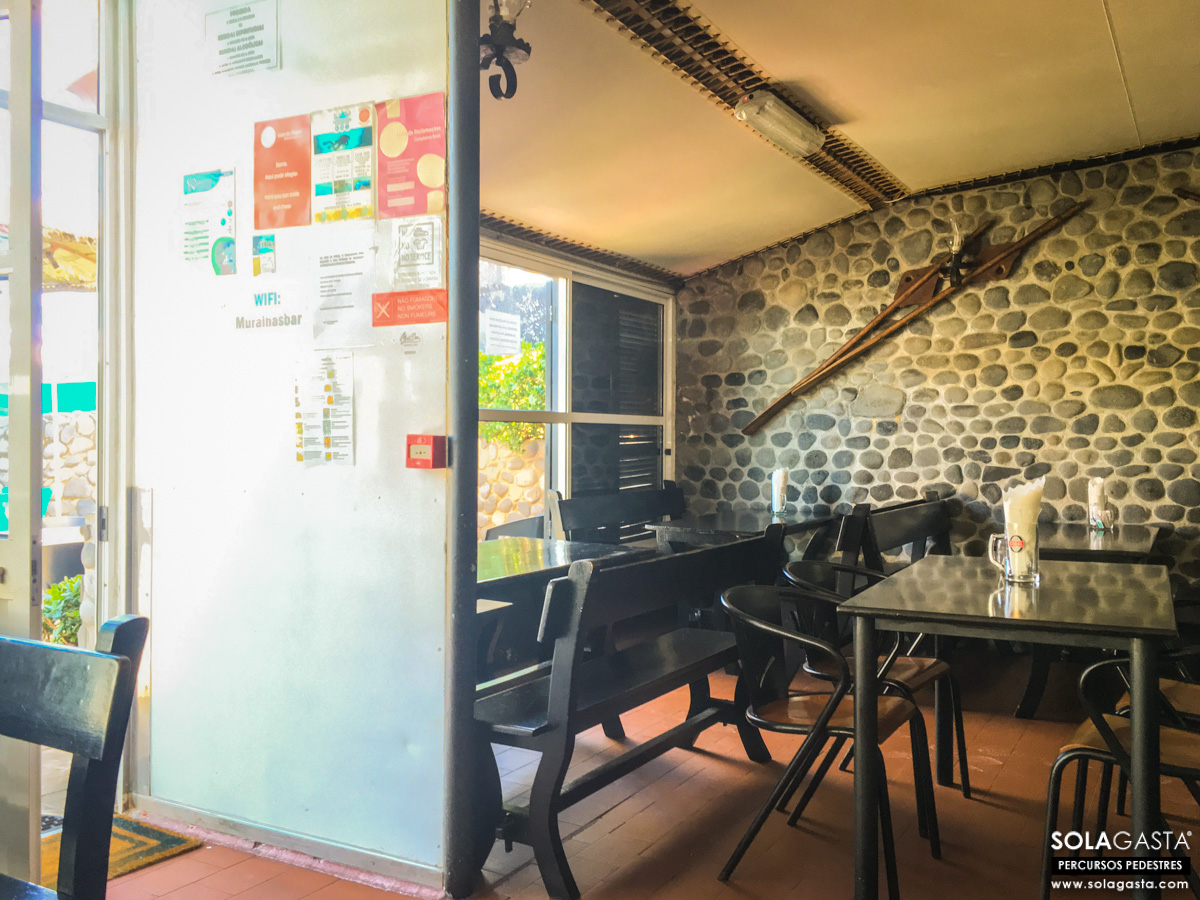