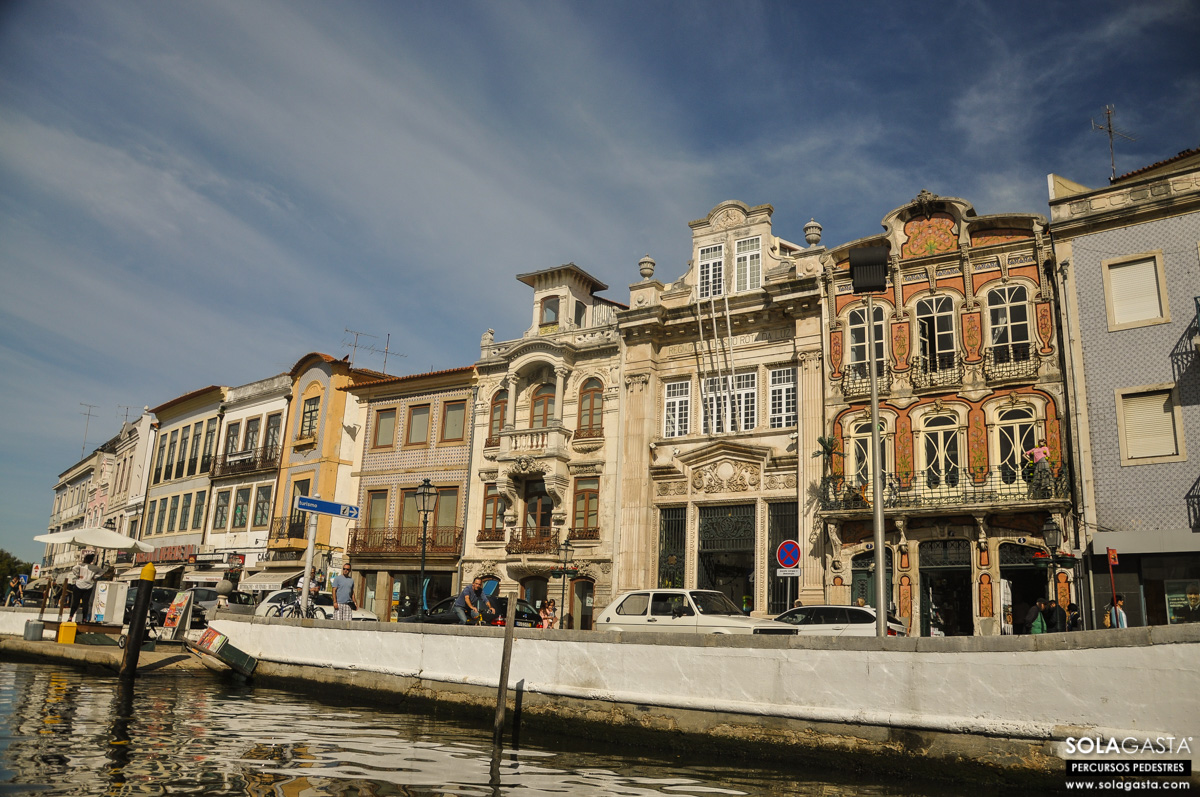 This is a special city for me. I first came to Aveiro in the mid-90s with a world of dreams in my luggage and so much to learn yet. This city welcomed me and formed me for more than six years, reinforcing the values acquired in an academic and working period that made me grow up at all levels. I remember with nostalgia the friends, every street and every waterway not always so clean.
At this time “Ria” was synonymous of brown waters, dirty and smelly where only shoals of mullets could survive. Low tide unveiled the mud and seaweed with a odor difficult to bear. This went on for some time but fortunately all this has changed.
Aveiro is a body in a perpetual motion. In his veins and arteries the water flows in an energetic pulsar that animates the entire city. The city grew, the buildings have been restored, “Praça do Peixe” (Fish Square) where I spent many hours wandered between studies has gained a new life, new residential areas were built, commercial spaces were born, the mythical “Feira de Março” (March Fair) was changed to another location, new access roads were designed, erected viaducts and tunnels dug, but above all “Ria de Aveiro” was cleaned up and conditions were created to be today the main tourist hub in the city.

Aveiro is a body in a perpetual motion. In his veins and arteries the water flows in an energetic pulsar that animates the entire city.

I always find a good reason to return to Aveiro and refill my chest of happy memories, but in all these years, there was a very particular experience that I lack to do in the city: a Moliceiro ride.
Early we arrived at “Largo da Apresentação” in the city center, near Rossio and Ria waterway, to take our tickets at Zeca. It’s easy to find this space because “Maria Bonita” (Pretty Mary), always cheerful and colorful, shows us the right door. It is probably the most quaint sardine from Aveiro!
As a tribute to Zeca Afonso, in the name and spirit, we do not need a great excuse to bring a friend, sit down a bit and enjoy the variety of traditional products that Zeca has to offer. But we save it for later, because it’s too late and now we must hurry to take the Moliceiro ride.
We went down towards the main waterway. We found our Moliceiro on the first stand of “Dr. Bernardino Machado” Street, for those coming from Roundabout Bridge.
There was a huge flow of tourists and Moliceiros soon were filled up with conversations in multiple languages. The captain started the engine and listening carefully to the guide’s explanations, we started the tour that will go through the four waterways of the city, starting at the Central waterway, crossing the Cojo waterway, the Pyramids waterway and finally the São Roque waterway.
After passing under the Roundabout Bridge (Humberto Delgado Square) we find on our left the Captaincy building, dating from the 15th century, that was a tidal mill and now is the head office of the Municipal Assembly. The structure is based on a set of arcs visible when the tide allows.
We are now in Cojo waterway, the trendy area of Aveiro, where Aveiro Forum, an outdoor shopping center, assumes great prominence parallel to the waterway.
Several footbridges links the two banks facilitating the flow of passersby in the city. We passed by the Manuel Firmino Market and came to “Fonte Nova” to contemplate the Aveiro Congress Centre, the old Jerónimo Pereira de Campos factory, a example of the ceramics industry in the region in 1995 that was reconverted in this multipurpose space. Nearby, Meliá Ria Hotel rises from the water in a modern architecture that does not go unnoticed.
We reversed the navigation and returned to the central waterway. If we pay attention to built heritage, mainly from João Mendonça Street and Rossio Garden, we observe abundant evidence of Art Nouveau that deserves a pause for a closer look. There is therefore in Aveiro a Route of Art Nouveau, a course designed to help identify the architectural remains of this period of the 20th century.
Moliceiros passing by in the waterway in a constant bustle, turns this central artery in a color and animated party. We arrived at the Pyramids waterway, the access to salt fields of Aveiro, and now pass under the A25 to the “Pyramids”, two columns next to the sluice that controls the tide of “Ria de Aveiro” in the city. This system maintains the tide stable and safe to the navigation.
Here we return to discover the famous “São Roque” waterway. Our guide takes the top of the moliceiro’s bow to get this pass under “São João” Bridge, through the small tunnel. Forward we found the peculiar circular pedestrian loop bridge in iron connecting the most historic margin, with the warehouses of salt and fish, to the leisure park on the opposite bank. Almost perpendicular to the waterway, Botirões waterway transports the eyes to the fish market in the background.
We move on to discover the “Carcavelos” Bridge, also known as Valentine’s Bridge. Built in 1953, 11 years after the fall of the original bridge, was the obligatory passage point for those working in the salt fields and we can also admire the views over the salt marshes, much appreciated by couples of lovers at sunset.
After about 40 minutes we return to the small pier on the Central waterway completed the moliceiro ride with a sincere smile. But the surprises did not end here.
We walked through town and returned to Zeca to say goodbye to the best of Aveiro with the tasting of regional flavors. We already know and appreciate “Ovos Moles” but here they are accompanied with “Raivas” and other traditional wafers and liqueurs already awarded all over the world, that surprise us by their flavors. There is also some juices for those who prefer. The lemon one it’s fantastic.
Visit Aveiro and lose yourself through its history, tradition, people, streets and flavors … surely you’ll be lost in love with the city as well as I do.

Where To Stay
5,8 kmscircular
–
ALTIMETRY 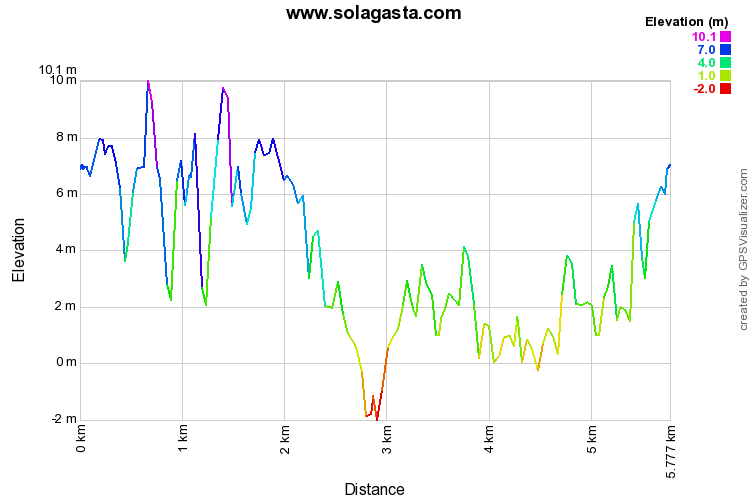 Para receber os percursos no seu email, preencha o campo abaixo (To receive the trails in your email, fill in the form below):