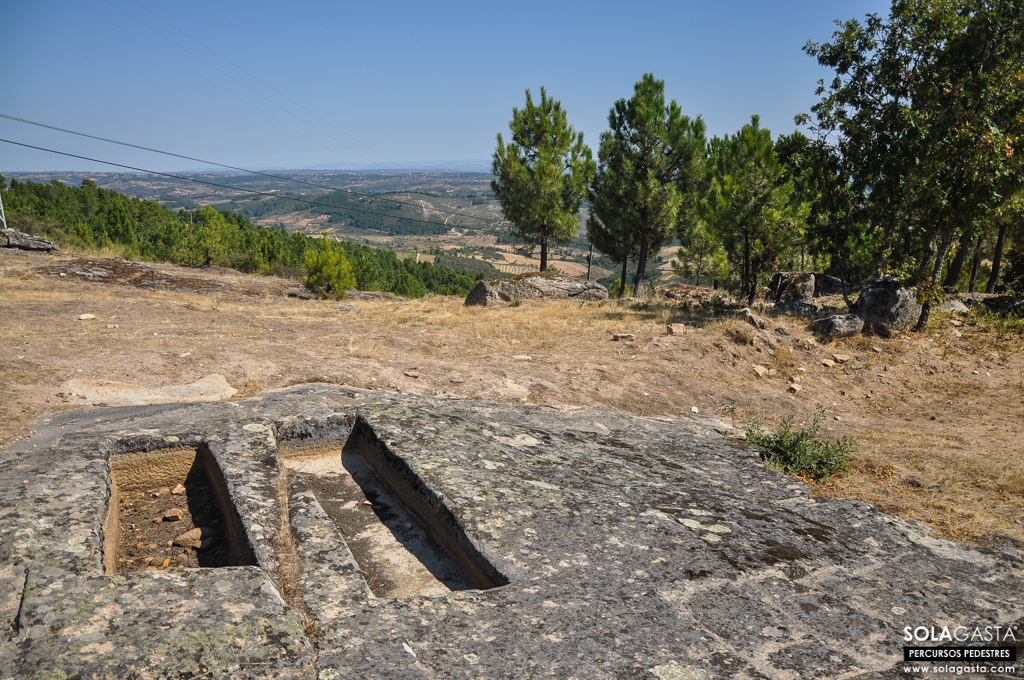 Who drives the National Road 206 (EN 206) west to the east, about 12 kilometers before the town of Valpaços is Argeriz, seated at the foot of “Serra da Padrela” and full of prehistoric remains.
Due to its privileged location, this village of “Trás-os-Montes” benefits from an amazing view over the region.
On the road through the village, I easily found the Chapel and Cruise of “Nossa Senhora do Pranto” where I started this hiking trail that led me to know Argeriz and the Cave Shrine, also called “Pias dos Mouros”.
In this small hill and protected by a dome of four arches, the cruise peculiar characteristics holds me for a closer look. With double-sided, one of them I see this Christ’s death and a skull to toe, and on the other meeting Pieta, the Virgin Mary with the body of Jesus in her arms.
Go down towards the center of the village walking the cobbled streets with high stone walls, hiding orchards, vineyards, olive groves and small gardens of subsistence. Canopies timeworn are empty. In one, two wooden seats make each other company while the rusty nails hold, as best as they can, the balcony of protective boards.
Step through the building of the Cultural an Recreative Center of Argeriz that, in vivid colors, clashes of the remaining buildings.
Through the streets and narrow lanes of the village center, I reach the public washing and at his side the Lord’s Fountain, the Diving Fountain whose waters have been the subject of miraculous beliefs by the inhabitants of Argeriz.

In a cleared area I found the Cave Shrine of Argeriz which is also known by locals as “Pias dos Mouros”.

I begin the ascent of the village and right after the primary school I meet the EN 206. I cross it carefully to Bela Vista Place that living up to the name, gives me an impressive panorama of this border region between the Hot Earth and the Cold Earth of “Trás-os-Montes”.
I go now on a track in dirt that goes up the hill, where scattered pine trees shadows relieve the effort.
I reach the top of the hill and in a cleared area I found the Cave Shrine of Argeriz which is also known by locals as “Pias dos Mouros”. This archaeological vestige, classified as a cultural heritage building since 1984, consists of two rectangular sinks and some steps carved into the rock. One suspects that have been a place of sacrifice or a grave of a warrior.
I rest a bit enjoying the magnificent landscapes that are offered me at the top of this hill.
It’s time to return to Argeriz. I go down through the same trail until I find the national road which I cross towards the village center. In “Largo do Terreiro” I follow the right street and a few meters ahead I saw the Church of S. Mamede of Argeriz. Following the cobblestone street catch a rural path, surrounding the farmland, that brings me to “Largo Nossa Senhora do Pranto”, where I started and finish the walk.

Where To Stay
3,5 kmscircular
_
ALTIMETRY 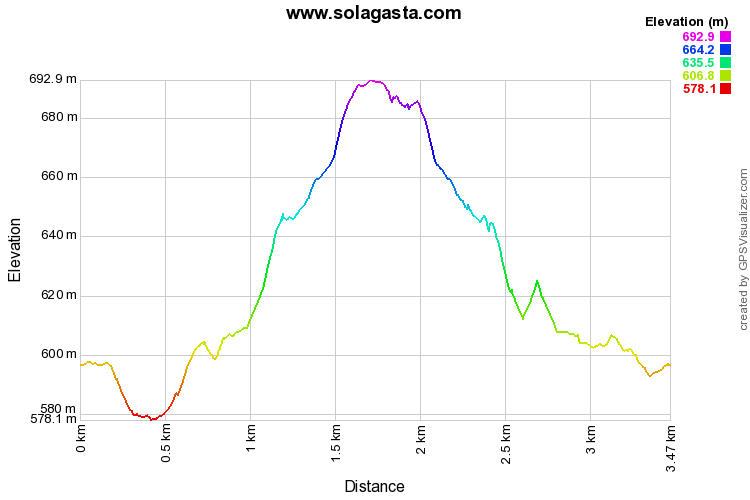