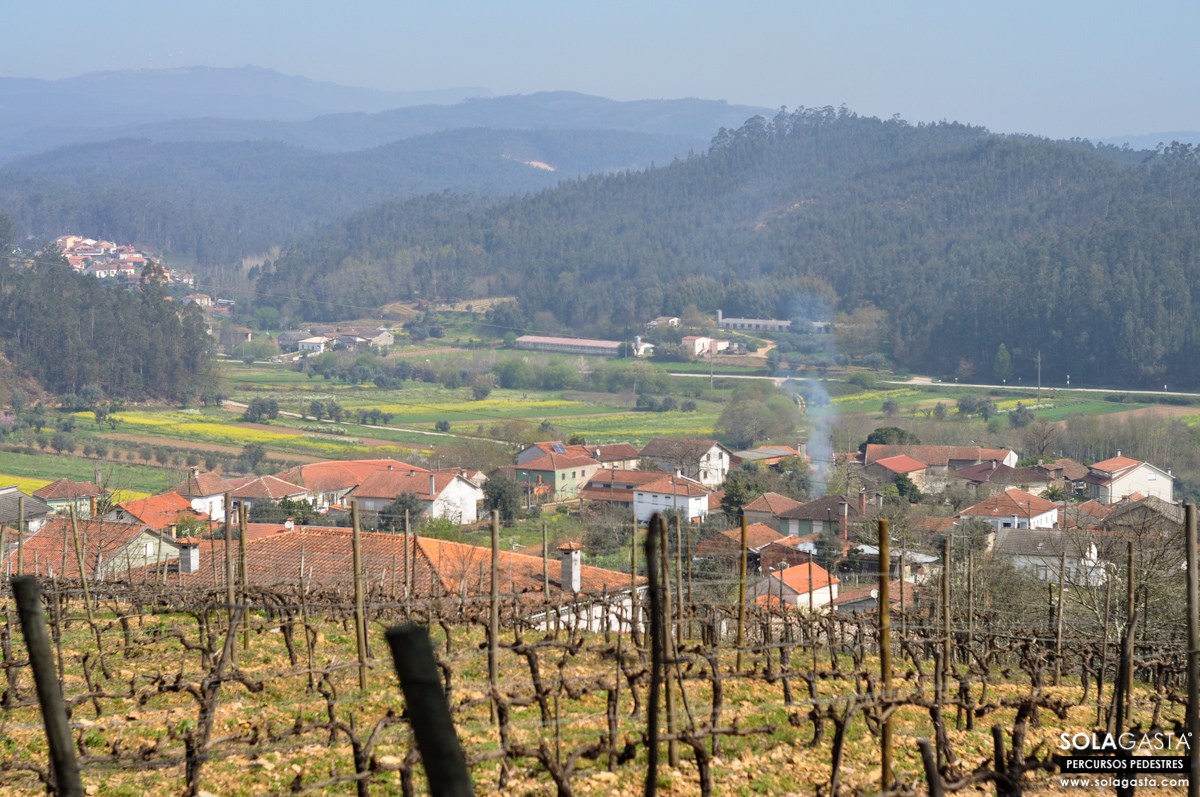 “Monte de Lobos” brings me back to the earliest memories of my childhood. In the 80’s the days passed very slowly in this village of the municipality of Mortágua, when the waters of the stream that ran under the bridge still heard our laughter in cold and invigorating baths. Near by, the clothes was washed and beaten on the polished stones and the scent of blue soap mingled with the vegetation aroma on the banks.
Upstream of the bridge, it was in the “Poço Redondo” (round well) that the evenings turned into magic. A protected nook, in the course of the stream, where a weeping tree whose leaves kissed the translucent waters and where the younger and older people dived for hours.

“Monte de Lobos” brings me back to the earliest memories of my childhood.

A distant memory tells me that next to it the land was used for small subsistence crops.
On the opposite side of the village, the grape harvests were made on the slope near the “Beira Alta” railway line. The grapes crushed by everyone in the winery were a reason for celebration until nightfall.
On the next day, after the warrior’s rest in a “bed on the floor” (a mattress placed on the floor that I loved), the fatigue didn’t exist, never existed, and the fun continued in a crude, simple and happy childhood.
I remember these years on each visit to “Monte de Lobos”. This walk was no exception. Organized by the Cultural and Recreational Association (ACR) of “Monte de Lobos”, on Father’s Day, it was also another reason to rediscover good people and fill our hearts.
From the ACR headquarters we go down the main street towards the train halt. The pavement road gives way to a tar path that takes us through agricultural fields where the vineyard assumes particular prominence. We passed under the railway line and just to the right, after a small climb, we reached the train halt, a space different today than I had known for more than 30 years. Once there was only a tunnel, the railway line and the House of the Guard. Here, the innocence of age allowed some playfulness, such as turning a dime left in the rail, some time before the train passed, in a gleaming medal after the passage.
We now walk on a path parallel to the railway line, maintaining a safe distance, and climb a zone of eucalyptus until we reach the geodesic landmark, the highest point of the route.
The descent of the mountain passes through the ruins of an old windmill and some meters ahead the landscapes open before us. While we recover some lost energies with a piece of fruit and a cake, we looked at the village houses where the smoke on the roofs announce lunch. In the distance, the “Serra do Caramulo” frames the whole scenery.
We re-entered the village and headed north now, crossing main street and down the forest. The stone bridge in the brook of modest waters allows us the calm passage to the other margin. In this leafy area we stoped a bit to listen to the surroundings. We breathe more pure.
We walk on the final path with the village on the right on a well-defined dirt road until we find “Pau da Mata” Street, which leads us to the end of this walk at the headquarters of “ACR de Monte de Lobos”.
We ended the morning with “Cozido à Portuguesa”, a typical portuguese dish in a social gathering between family and friends that filled our souls.

Where To Stay
4,9 kmscircular
loop
ALTIMETRY 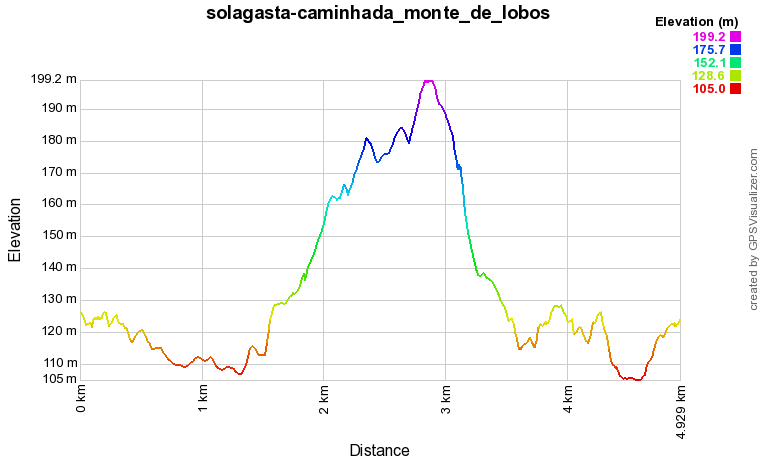