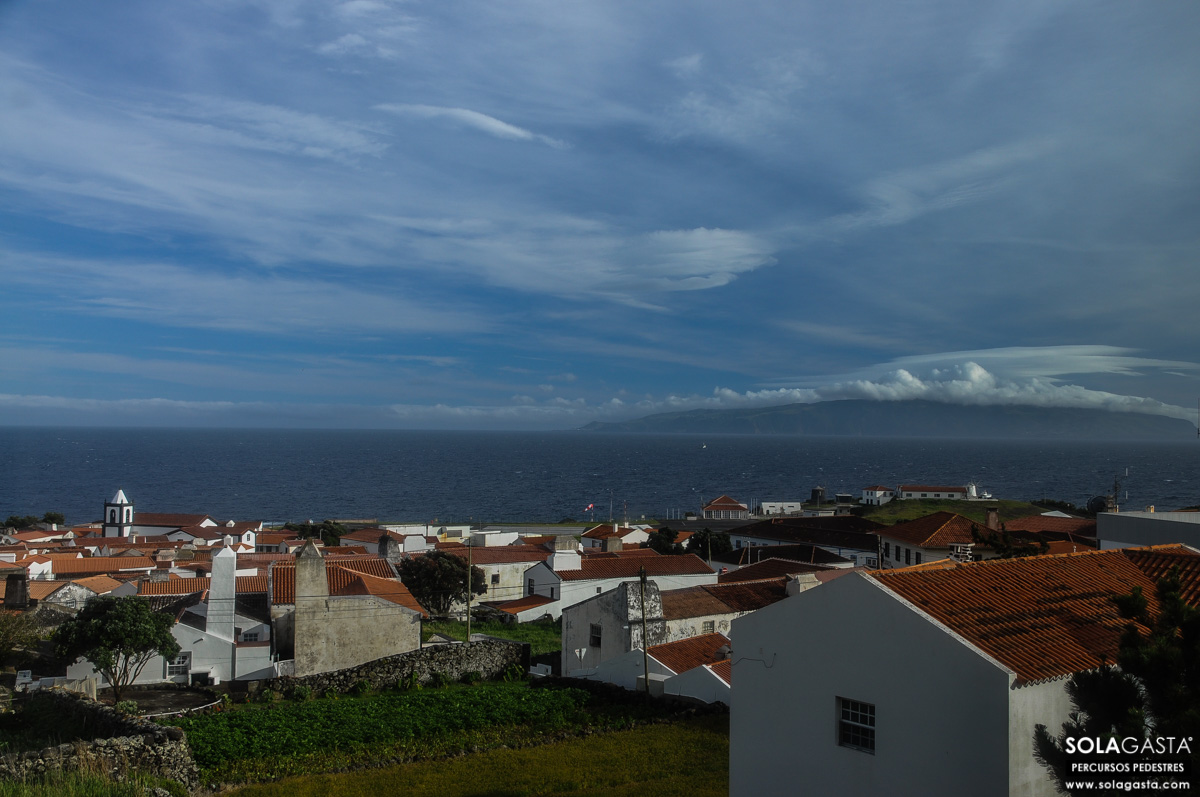 Corvo Island is not only one of the most isolated places in Portugal. For those who visit it, quickly realize that it’s much more than that. It’s a place of affections, shares, stories of pirates and smugglers, cruel stories, sorrows and escapes, stunning reports of a harder life.
But none of this cooled the heart of Corvo inhabitants.
Shortly after landing on the island, at a table in the restaurant we saw on television the attempt of the Portuguese National Football Team trying to win Austria in the second match of Euro 2016.
While Ronaldo failed a penalty, Maria came out of the kitchen with a french frie on her hand. Despite not knowing what to do with that “yellow stick”, because we had not yet presented her to the “fried world”, she is the center of the attentions and liked it, on an island where there aren’t so many babies. Quickly we feel integrated into this community that received us so well.
After dinner, we returned to The Pirates’ Nest, our nest from which we will fly to discover the island.

A place of affections, shares, stories of pirates and smugglers, cruel stories, sorrows and escapes, stunning reports of a harder life.

We meet early the next morning with Luís (owner of “the nest“), our guide for these four days of adventures in Corvo. We planned to climb to the “Caldeirão” to assess weather conditions and then decide what to do. On the way we noticed that the fog was getting denser and on arrival we immediately concluded that there are no conditions to hike. The thick fog and strong wind that was felt were decisive factors for us to change the plans. Still we went down a little in the crater walls to see if the conditions improved but it didn’t.
This is normal and as a strong possibility, it didn’t affect our good mood. We went down to Corvo Village and to hike a circular route with little more than 5 km to know the town and its memories.
We began in The Pirates’ Nest and down the road to “Caldeirão” to the roundabout where the city’s coat of arms stands on the sidewalk. We are in the center of the village and here we find the Post Office, City Hall, the Health Unit, the Basic and Secondary School Mouzinho da Silveira and the Banking Agency. We are headed now to the historic area where legends, tales and stories lurk around every corner and Luís, as a good storyteller, kept our enthusiasm alive. We walk through “Canadas”, narrow streets of the village which have been built to protect against the pirates, because in these narrow streets the defense would be easier.
We found “Largo do Outeiro” where stands the Empire of the House of the Holy Spirit. In ancient times, this is a place where the adult male population meets in conversation to “decided” day-to-day life in the village. The conversations held were so important that the Mayor himself showed some concern and interest to what was said in this “Assembly”.
We passed by the Center of Environmental and Cultural Interpretation of Corvo but unfortunately it was closed and we could not visit it.
In the oldest houses backyards we can still observe corrals where they bred pigs to support the family. Their meat was essential to stave off hunger during the most difficult times.
Although there is no great need to lock the doors of the houses, there is a special lock made in Corvo and we can see it in many homes. Made of wood, with a system of locks and a key also in wood, it is one of the most craft symbols seen on the island.
Next to the houses is very common to see threshing floors where grain was spotted and sieved after the harvest and where corn was placed to dry several days in the sun. Today with little or no use at all, we can see may of these heritage all over the village to remember those days.
In the past the women gathered next to the old fountain on “Fonte” Street. If they couldn’t be in “Largo do Outeiro” with the men and participate in the decisions taken there, here they listened to later at home exercise their “power” with the husbands. The men decide but the women influenced them on the most relevant issues in the interest of Corvo Island.
We descend to lower areas and in “Canada da Rocha” we appreciated the view of “Porto da Casa”. We continue to visit the Church of Our Lady of Miracles dated 1795. At the “Caminho dos Moinhos” (Mills Way) we still find three old mills, now recovered for tourist visits at the top of the cliffs. Later we arrive to the almost wild Camping and by a trail along the sea we will culminate in “Praia da Areia” (Sand Beach), a small beach that invites you to linger a little longer. The gentle waves grow in the black sand, leaving a trail branched on his return to the vast ocean. Abrupt cliffs invade the waters and make some coves inaccessible by land.
We returned to the village center by the parallel street to the airport and finish this first hike with a strong feeling of a sudden infatuation for this piece of land.

Where To Stay
5,1 kmscircular
–
ALTIMETRY 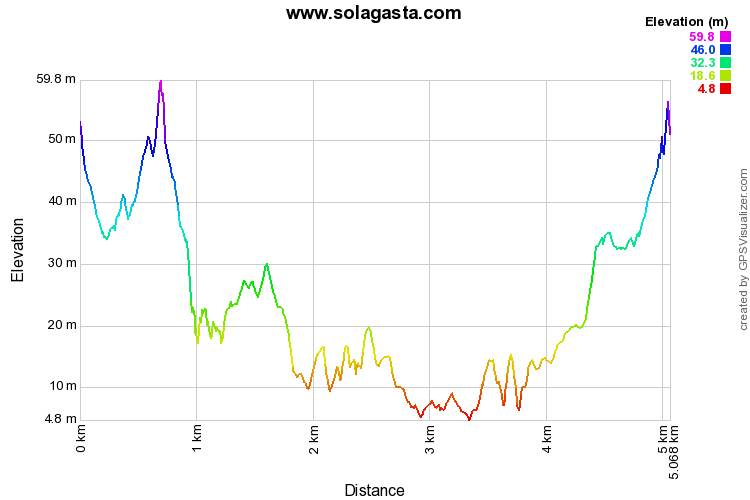